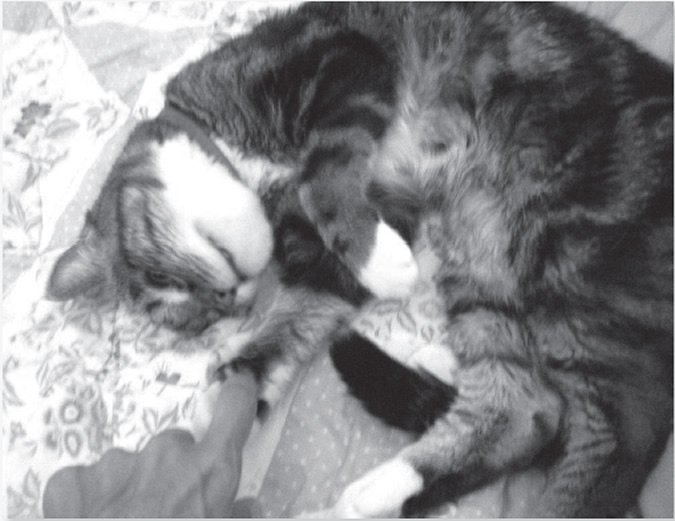 When Eileen Marek of Sherman Oaks, Calif., was referred to a specialist after her 15-year-old cat Chelsea was diagnosed with bone cancer of the jaw, she expected the worst. “I was thinking I would have two choices,” she says, “surgery or put her to sleep. I was pretty stressed going into that appointment.”

Marek did discuss surgery with Alice Villalobos, DVM, and at Chelsea’s advanced age, they decided it was probably not a good option. An operation and recovery would be difficult, and they had no guarantee that Chelsea would respond well.

Then Dr. Villalobos told Marek about “pawspice,” or hospice care. They could keep the gentle tabby comfortable and pain-free for what was expected to be another month or two. Dr. Villalobos made a graph showing Marek the highs and lows Chelsea would experience and discussed the quality of life scale she had developed. The graph helped Marek know what to expect, how to evaluate her emotions and ensure Chelsea’s well-being.

“I monitored Chelsea by that scale every day,” Marek says. She administered fluids twice daily and pain medication three times a day. Fearful at first that she wouldn’t be able to perform the procedures, Marek says she found them surprisingly easy to do with training.

“The most difficult part was arranging my work schedule so that Chelsea would get her shot every eight hours. I was lucky that I had flexibility. Staying up or waking up at 1 a.m. was hard sometimes, but getting into the new round-the-clock rhythm of her care schedule became natural very quickly.”

Remarkably, Chelsea lived almost a full year after her diagnosis.