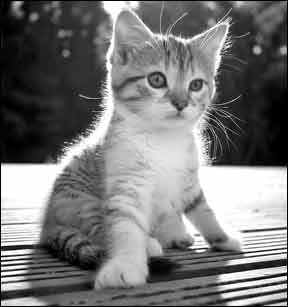 Young kittens may seem fearless when they demonstrate their acrobatic talents during play, but they’re no match for the potentially deadly disease feline panleukopenia. Sometimes referred to as feline distemper, the disease is caused by the feline panleukopenia virus (FPV).

The highly contagious, hard-to-kill virus can spread from infected cats or kittens to other kittens or adult cats who haven’t been vaccinated against it. In addition, recent studies confirm that there has been crossover of the infectivity between cats and newer types of parvovirus usually found in dogs.

Parvo Crossover. While some newer canine parvovirus strains can transmit the viral disease to unvaccinated cats, this does not appear to cause disease in most cases, and also does not appear to occur at a rate to cause alarm because the current vaccines used in cats provide protection. However, the fact that these viruses are very widespread in nature and can pass from one species to another justifies the need to ensure that all kittens and newly adopted cats are promptly vaccinated, says Colin Parrish, Ph.D., Professor of Virology at the Cornell Baker Institute for Animal Health and Director of the Cornell Feline Health Center.

“The feline panleukopenia virus doesn’t change very much, but with the canine parvovirus, we have seen mutations arise every two or three years that become widespread,” he says. “We are continuing to keep track of those mutations and examine them to see whether they might affect vaccine efficacy. Fortunately, these diseases pose no threat to people.”

Dr. Parrish has been researching viral diseases in cats and dogs as well as in wildlife for more than two decades. He focuses on devising ways to provide greater protection for several species through effective vaccine protocols.

“Panleukopenia is a widespread virus that is typically found in places where there are lots of kittens, such as animal shelters,” says Dr. Parrish. “If you don’t vaccinate a kitten, it will almost certainly get infected by panleukopenia within the first several months of life.”

In unprotected cats, the virus begins to attack and destroy the white blood cells, lymph tissues and digestive system, and spark secondary bacterial infections. “The virus affects cells undergoing division that are in the intestines and lymph nodes,” Dr. Parrish says. “These are the cells that fight infection.”

In very young kittens the virus can infect the cerebellum — the part of the brain that controls muscle movement — and cause cerebellar hypoplasia, resulting in incordination. “Affected cats will lose their sense of balance and have a hard time walking,” Dr. Parrish says.
Cats with panleukopenia disease can display:

-Acute onset of diarrhea with or without blood in the stool

-A fever of 105 degrees and above. The temperature range for a healthy cat is between 100 and 102 degrees.

There is no specific treatment for the virus. The standard therapeutic plan calls for hospitalization and management of symptoms through supportive therapy. Veterinarians often administer antibiotics to counteract the bacterial infection that may follow the virus infection.

An ailing cat may need to spend several days in the hospital and receive intravenous or subcutaneous fluids to replace the electrolytes lost due to chronic diarrhea. The cat may also may be given a bland diet to encourage eating, as cats with this FPV may become anorexic. In some cases, blood transfusions may be necessary to save his life.

The Best Defense. Prevention, in the form of a vaccine, is the best defense to protect your cat from developing FPV and you from incurring a costly veterinary bill. No specific cat breed is known to be either prone or resistant to panleukopenia.

Dr. Parrish strongly urges owners not to delay in having a newly adopted kitten receive a three-in-one core vaccination known as FVRCP. This vaccine can protect cats or kittens against three serious conditions: feline viral rhinotracheitis, feline calicivirus infection and panleukopenia. Viral rhinotracheitis (FVR) and calicivirus can cause upper respiratory infections in unprotected kittens. FVR is a herpes virus that may cause coughing, sneezing and/or nasal discharge in infected cats, while caliciviruses can cause ulcers in a cat’s oral cavity and trigger sneezing, runny nose and watery eyes.

Safe Vaccines. The vaccination contains modified live viruses that replicate but do not cause the disease. “These are very safe vaccines that have been used for many years, and there are virtually no side effects to vaccination,” Dr. Parrish says.

Booster vaccinations are recommended every three years. Another option after a cat has received his initial series of vaccinations is to request a titer test. The simple blood test can determine antibody levels — how well a cat is protected against these diseases.

“There is no danger of giving these vaccines every year, but every three years is generally adequate for household cats,” says Dr. Parrish. “By using the inexpensive and safe vaccine we can control panleukopenia and the other viruses, protecting the kittens against serious or even lethal diseases.”