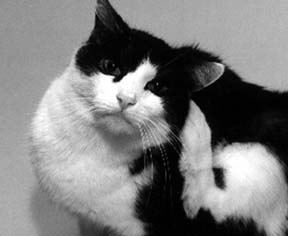 When OTC Means Owner Take Care
One recommended item in first-aid kits for pets has been Kaopectate, a common treatment for occasional bouts of diarrhea in cats and dogs, as well as in humans. Recently the American Animal Hospital Association (AAHA) issued a warning: Kaopectate has been reformulated by the new corporate owner of the brand, Pfizer, into an extra strength version containing bismuth subsalicylate. According to the AAHA, the extra strength version could pose a danger to animals.

AAHA spokesperson Dawn Boothe, DVM, says over-the-counter (OTC) pharmaceutical reformulation is a fairly simple and common process because drug companies dont need approval from the U.S. Food and Drug Administration if the proposed formula is already approved and used under a different name. My biggest concern is that people may not be aware of the changes. Veterinarians need to be aware that the active ingredients (in OTC drugs) can be changed with little fanfare, Dr. Booth says, and they need to train pet owners to read the labels.

The veterinary association says that the childrens and regular versions of the product could still be an appropriate home treatment for diarrhea in cats and dogs – on the advice of a veterinarian, of course.

The veterinary-recommended dosage will be based on the weight of the animal – typically something along the lines of 5cc (about one teaspoon) of the liquid medicine per five pounds of body weight – but dont take our word for it. And if the veterinarian says RLF (read the label first), a Pfizer website is happy to oblige: http://pfizer.com/do/counter/digestive/mn_kaopectate_liq.html

Help for Flea Allergy Dermatitis
Some good news is presented in the Journal of the American Veterinary Medical Association (JAVMA Vol. 222, No. 5), in a study of remedies for flea allergy dermatitis (FAD).

Among cats and dogs suffering FAD, hypersensitivity to the allergen in flea saliva causes inflammatory lesions and self-trauma as the animals scratch and bite the itchy spots – which can turn a momentary flea bite into day-long (and night-long) misery for the pet and lost sleep for the human companions. The product, which is marketed by Pfizer as Revolution, is an avermectin endectocide that kills adult fleas and keeps flea eggs from hatching – as long as it is applied periodically to the cats or dogs skin.

The researchers reporting in JAVMA were well aware of selamectins flea-slaying power – but they also knew it takes just one or two bites to make a hypersensitive animal miserable. So, the cats and dogs in their clinical study were experimentally infested with 100 fleas apiece, and flea eggs were left in the carpeting of their cages. All the animals in the experiment had a history of FAD, as determined with allergy tests. The researchers did not attempt so-called environmental control measures, such as treating the egg-littered carpets.

Not only did selamectin greatly reduce the number of fleas on the animals, but it helped relieve FAD, according to the researchers, who concluded: Results suggest that the topical administration of selamectin  . . . can reduce the severity of clinical signs of FAD in dogs and cats.