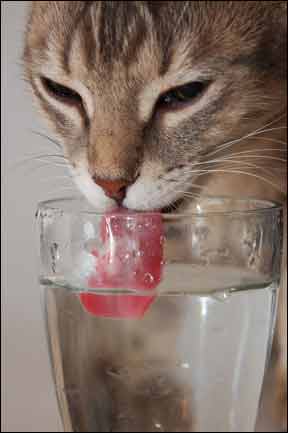 A majority of the cases were domestic shorthair cats approximately 10 years old, and a mean of 25.7 months elapsing between the diagnosis of the first and second endocrine disorder. The authors results suggest that multiple endocrine disorders in cats is uncommon.

Domestic cats are a known reservoir of Bartonella henselae for human infection of cat scratch fever via scratches and bites. In cats, it has been associated with a number of disorders including gingivitis, stomatitis and urinary tract diseases and others. In humans with immunosuppressive disorders, disease following Bartonella infection is much more severe. However, the impact of immunosuppression in cats on Bartonella infections has not been examined.

The researchers of the study (“Does a feline leukemia virus infection pave the way for Bartonella henselae infection in cats?,” Journal of Clinical Microbiology, 2010) collected tissue samples from approximately 150 cats euthanized at German animal shelters over a two year period to assess them for coinfection with Bartonella and feline parvovirus (FPV), feline leukemia virus (FeLV) and/or feline immunodeficiency virus (FIV).

The overall rate of Bartonella infection was nearly eight percent. Infection of cats with this bacterium was significantly correlated with FeLV infection: of six cats with FeLV, four also had Bartonella henselae; three of these four were latently infected with FeLV (positive for viral genetic material but negative for viral proteins). No correlation with either FIV or FPV was found. The authors concluded that FeLV may enhance the susceptibility to or persistence of B henselae infection.

One day while watching his cat drink water, Dr. Roman Stocker – an associate professor at the Massachusetts Institute of Technology – wondered about the mechanism cats use to lap fluid. He began a project to answer the question using high-speed video, simulations and investigations of other feline species (“How cats lap: water uptate by Felis catus,” Science, 2011).

Cats use a biomechanical method to drink by bending the tip of the tongue downward toward the chin and pulling liquid into the mouth. The high-speed videos showed that cats dont dip their tongue into the liquid to scoop it up as dogs do. Rather, cats touch the tip of the tongue, with the tip bent downward, against the surface of the liquid before drawing the tongue rapidly back into the mouth. The cat swallows only after several laps have accumulated enough liquid in the mouth.