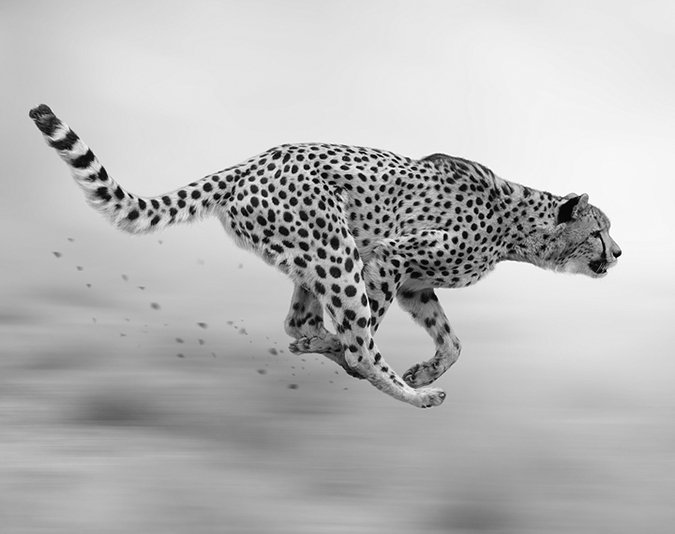 ‘Sociality’ and Its Impact on Wild Cats’ Evolution

Scientists have identified many factors that affect a species’ survival — from diet and weather to the size of breeding groups to social relationships. However, researchers at Michigan State have found that some wild cats don’t necessarily respond to the same evolutionary pressures as other mammals, including humans and primates.

In a preliminary study supported by the National Science Foundation, they describe what they call a surprising result of evaluating the relationship between brain size and volumes and “sociality” in 13 species of cat families. One explanation for large brains in humans and primates is the effect of sociality. It’s believed that dealing with social relationships is more demanding than living alone and results in bigger brains, especially a bigger frontal cortex.

“We wanted to know if this idea, called the ‘social brain’ hypothesis, applied to other social mammals, especially carnivores and, in particular, wild cats,” says lead investigator Sharleen Sakai, Ph.D. She and colleagues examined 75 wild feline skulls, representing 13 species from museum collections. They used computed tomography scans and software to digitally fill in the areas where the brains would have existed.

Of the 13 wild feline species examined, 11 are solitary and two — lions and cheetahs — are social. These are some of the key findings, published in the journal Frontiers in Neuroanatomy:

– Female lions had the largest frontal cortex. They’re highly social, working together to protect and feed their young, hunt large prey and defend territory. Males may live alone and may be dominant in a pride for only a few years.

– The cheetahs had the smallest overall brains and smallest frontal cortex. Small brains weigh less and require less energy, which might contribute to or be the result of other adaptations, such as the cat’s remarkable running speeds. “Cheetah brain anatomy is distinctive and differs from other wild cats,” Dr. Sakai says. “The size and shape of its brain may be a consequence of its unusual skull shape, an adaptation for high-speed pursuits.”

– Leopards’ frontal lobes were relatively large. Although the leopard is solitary, it’s noted for adaptability, which is associated with enhanced brain processing.

The researchers acknowledge that the frontal cortex’s function in wild animals requires further investigation. Dr. Sakai’s lab is devoted to uncovering factors that influence the evolution of the carnivore brain, but no plans are in the works for studies on domestic cats — fascinating as that may be.

The American Animal Hospital Association and the International Association for Animal Hospice and Palliative Care have collaborated to produce the 2016 AAHA/IAAHPC End-of-Life Care Guidelines. It’s available online using the title and AAHA as keyword.

End-of-life care and decision making are as important and meaningful as the sum of the clinical care for all prior life stages, the association says. The guidelines are intended for professionals, but owners will find help, such as information on working with the veterinarian to develop a treatment plan.

This plan should consist of evaluating the caregiver’s needs and goals for the pet, involving the clinical staff and client, and a team to implement palliative and hospice care. The goal: a focus on maximizing patient comfort and minimizing suffering while providing a supportive partnership.